and Jesus said "What?"

Jesus said, Whom do men say that I am?
And his disciples answered and said, Some say you are John the Baptist returned from the dead; others say Elias, or other of the old prophets.
And Jesus answered and said, But whom do you say that I am?
Peter answered and said, "Thou art the Logos, existing in the Father as His rationality and then, by an act of His will, being generated, in consideration of the various functions by which God is related to his creation, but only on the fact that Scripture speaks of a Father, and a Son, and a Holy Spirit, each member of the Trinity being coequal with every other member, and each acting inseparably with and interpenetrating every other member, with only an economic subordination within God, but causing no division which would make the substance no longer simple."
And Jesus answering, said, "What?" 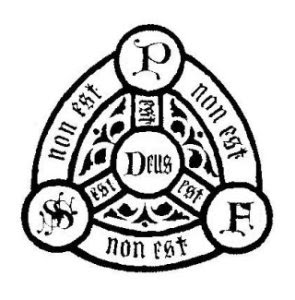